(LESSON 2.1) 2 Foolproof Ways to Prevent the Middle of Your Story from Sagging

Let’s start with the basics.

As its name implies, the midpoint occurs approximately 50%, or midway, through your story. 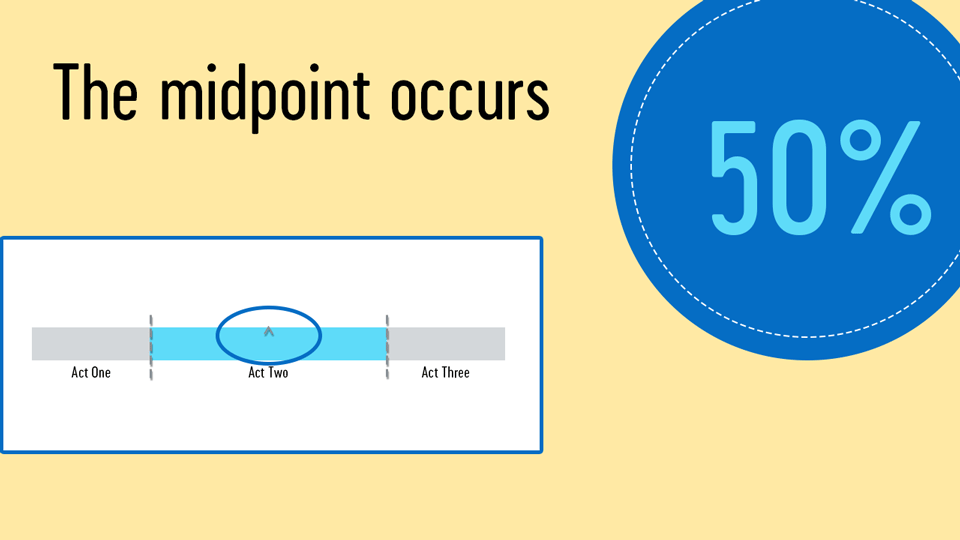 The term midpoint also implies that it’s limited to one point, or an isolated moment. But oftentimes, that’s not the case. The midpoint may be comprised of several moments that add up to one scene…or even several scenes that add up to a sequence. 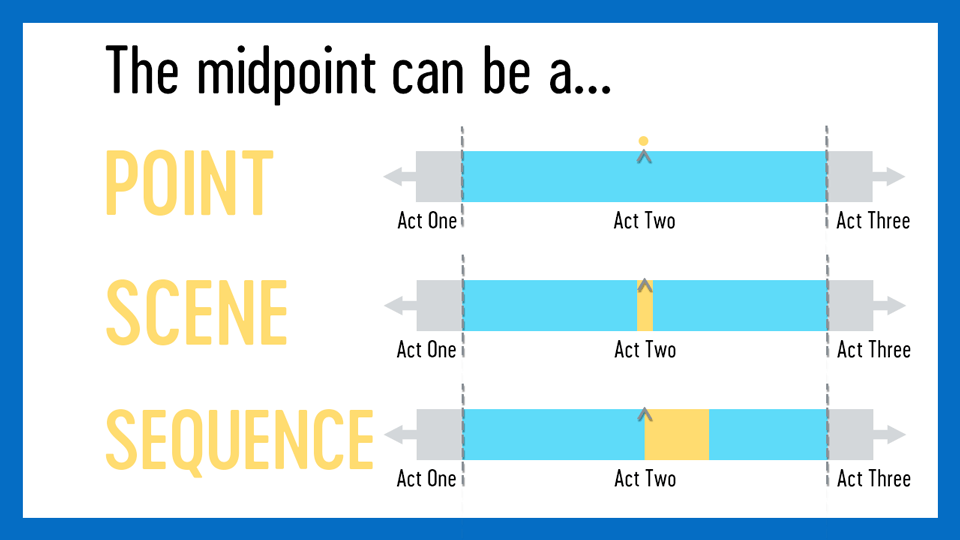 The midpoint doesn’t just divide your story itself in half. It also divides its middle, or Act Two, into two parts of roughly equal length. In screenwriting, the first half of the middle is commonly referred to as Act 2A, while the second half of the middle is referred to as Act 2B. Because these terms are so handy, we’ll be using them throughout this course in reference to both scripts and novels. 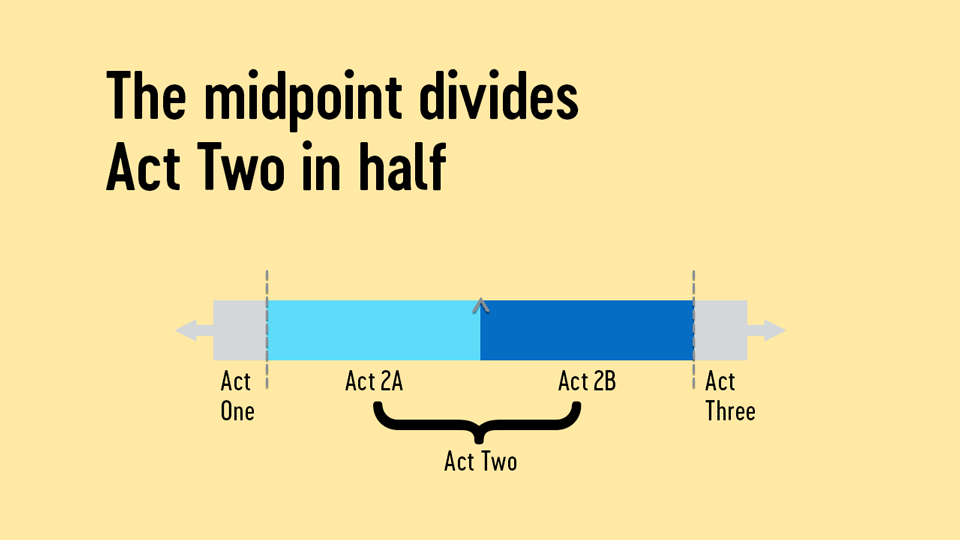 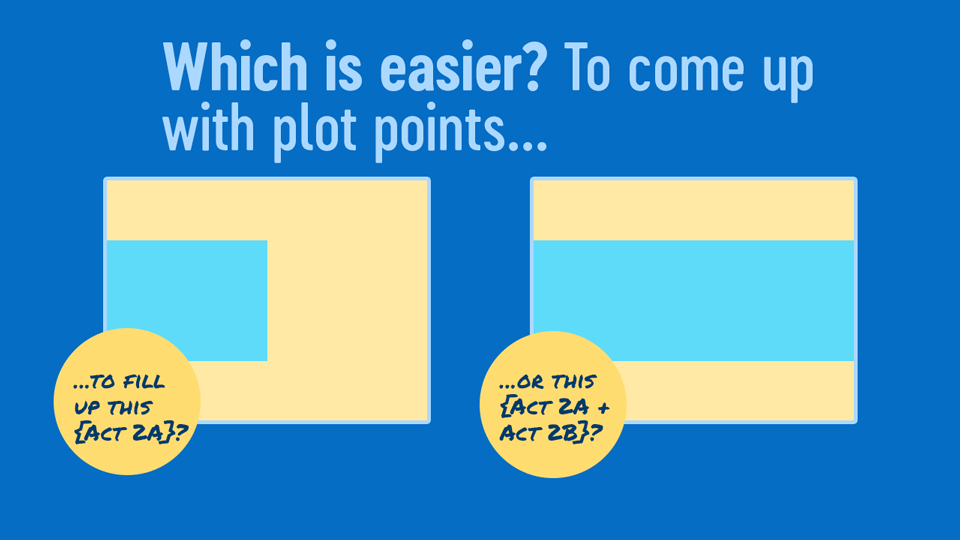 But the midpoint is more than a divider. It functions as a fulcrum that swings your story in a new direction. Because of this shift, Act 2B will differ in some key respect from Act 2A. This means that you won’t be repeating the same story beat over and over again. With a midpoint fulcrum, the middle of your story won’t turn into a monotonous snooze fest that will put audiences to sleep.

Check out the infographic below, which recaps these points:

For the most part, you can use anything you like as a fulcrum. If you can explain how Act 2B feels different from Act 2A, then you should be in good shape. You’ll see what I mean in the video below. Click play to start!

To complete this exercise, use pages 22–23 of your Three-Act Structure Workbook.

For example, your protagonist + a:

Next, describe an event that would make these characters display vulnerability to each other.